Touching the Sun: NASA Solar Probe NASA plans to launch its first ever solar probe in the summer of 2018. While the title of this post speaks of touching the Sun, but in no way will NASA’s solar probe be sent to the surface of the Sun; at least not yet. The first hurdle for engineers designing this new spacecraft was the environment in which it will be tasked with operating within. The Sun is a formidable foe when it comes to harsh treatment of anything that passes close by. Many a comets, asteroids, and other types of space debris have found their way into the grasp of the Sun’s gravitational fields and fallen helplessly into the raging inferno. Touching the Sun is how to look at the research, but actually reaching the surface is not what the program was developed for. Solar Wind and How it Affects Earth The Sun is constantly expelling particles from its surface at tremendously accelerated speeds. One of the mysteries of the Sun is how those particles get the propellant
1 comment
Read more 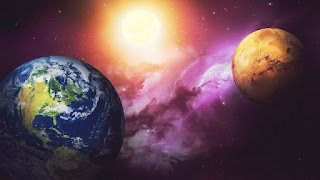